Blasting the way to a more efficient, safer and environmentally sound mine site In 2006, a shotfirer in the Philippines was conducting a post-blast inspection at a quarry when he fell eight metres into a cavity. He was rescued and taken to hospital with apparently minor injuries. At the time of his rescue and recovery it was noticed that his breathing was laboured, but this information was not communicated to hospital staff. The following day, the worker died of severe pulmonary oedema caused by nitrous oxide poisoning (NOX). The symptoms were not recognised by either the hospital’s medical team or the mine’s rescue staff.

A number of other fatalities have since occurred during Drill and Blast activities. Needless to say the Drill and Blast process, particularly in underground operations, has been a high focus area for implementing strict regulations, licensing and overall caution in terms of safety and environmental impact. Workplace hazards and environmental concerns associated with Drill and Blast activities include, but are not limited to:
Together, leading IMDEX brands AMC and REFLEX assist clients to reduce costs and increase their productivity by providing end-to-end solutions across the full mining life cycle. As part of our new range supporting the Drill and Blast market, we are implementing AMC BORE HOLE STABILISER™ in open-pit and underground operations to improve productivity and mining efficiencies, and to reduce safety and environmental risks.

A poorly planned and executed blast can create issues for downstream processes, as well as adding expense and requiring further redrills. Mine-to-mill studies suggest that quality Drill and Blast operations improve blast fragmentation, which then reduces workloads for operators, machinery and vehicles during loading, hauling and processing (crushing and grinding). An uneven surface created by poor Drill and Blast practices during mine construction also creates issues for the shot crew and miners who are required to work on them, as well as potential damage for vehicles traversing them. Our trials have shown using mist injection to apply AMC BORE HOLE STABILISER™ reduces fluid usage compared to traditional methods. By limiting water usage, together with reducing redrills and overdrills, this product minimises overall fluid cartage. The reduction in traffic movement improves safety by contributing to lower vehicle risks.

Dust, fly rock and rock fall can be better controlled by correctly designing the blast pattern, drilling holes according to the design, correct hole spacing and efficient loading of explosives. During drilling activities, fumes including oxides of nitrogen, ammonia, nitric acid, carbon monoxide and carbon dioxide can be released. They are not visible and exposure to high concentrations can be potentially life threatening. They can also have dramatic impacts on the atmosphere and surrounding communities. By stabilising the hole with AMC BORE HOLE STABILISER™, fragmentation is improved and fly rock, rock fall, water ingress and subsequent post-blast fumes are reduced. Dust generated during the drilling process can also contain toxic substances such as asbestos and silica dust, causing subsequent health issues. AMC BORE HOLE STABILISER™ has been formulated to maximise encapsulation of these contaminants.

Ja Smith commented, “AMC BORE HOLE STABILISER™’s unique formulation enables it to stabilise drill holes, but it also has multiple benefits across the entire mining operation; from reducing redrills, to optimising the blast patterns and paving the way to a safer workplace with reduced environmental impact.. IMDEX’s mining solutions range aims to create this kind of value for all our clients.”

AMC BORE HOLE STABILISER™’s unique formulation enables it to stabilise drill holes, but it also has multiple benefits across the entire mining operation; from reducing redrills, to optimising the blast patterns and paving the way to a safer workplace with reduced environmental impact. IMDEX’s mining solutions range aims to create this kind of value for all our clients. 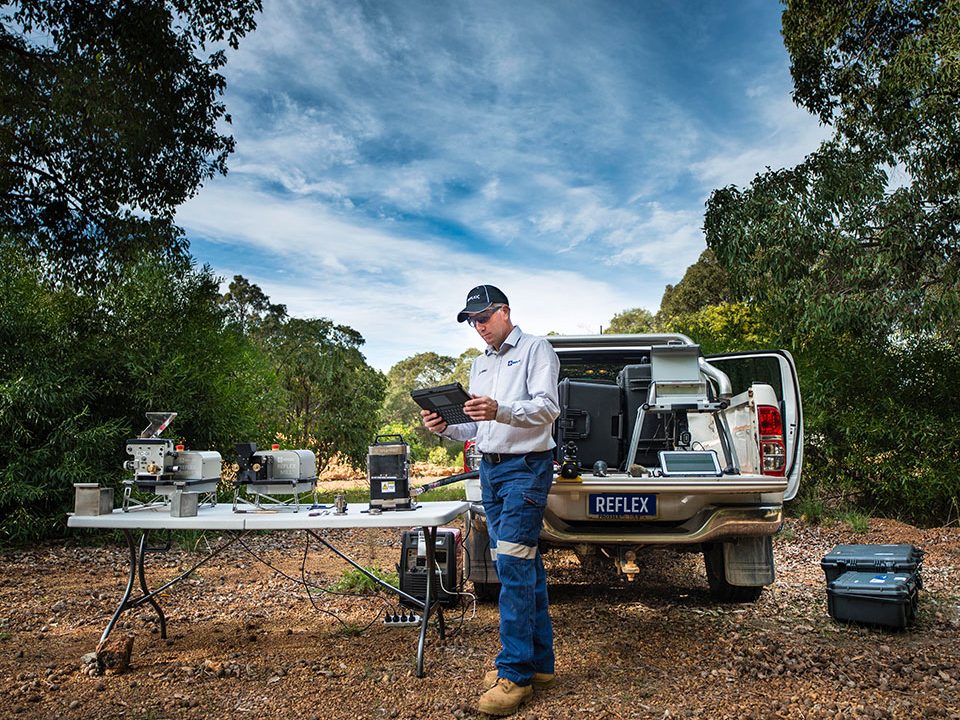